When Tony Gonzales got out of the Army in 1946, he became a truck driver at the lumber yard. He moonlighted at night at La Tienda in Del Mar where his wife, Catalina, was the cook. Later that year he started the first Tony’s Jacal restaurant in his father’s house on Valley Ave. 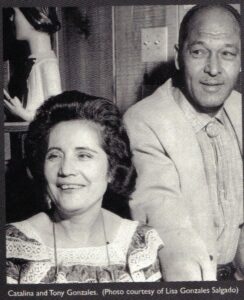 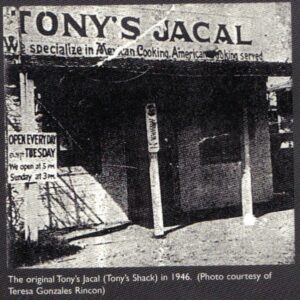 Tony and Catalina thought they could do more business if they moved to the old Navy blimp port that was then a small airport east of the Del Mar Fairgrounds – where the celebrities and race fans arrived by plane. So in 1947 they opened a restaurant southeast of the track. People would cross a catwalk over the San Dieguito River to get to their place. However, they found that most of the celebrities got back on their planes and left after the races, and business was not all that great. So, later that year they closed it, built an adobe house on the east side of Valley, and reopened Tony’s Jacal in 1947 on the west side of Valley where it stands today. 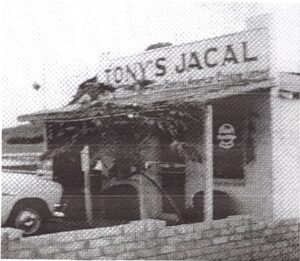 The third Jacal in 1947. A second Jacal existed for a short time southeast of the Del Mar Race Track. 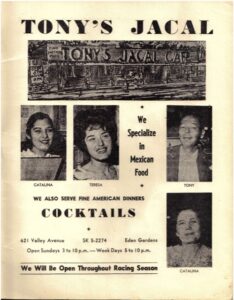